First thing, you don’t need to overwhelm yourself creating a map for your fictional universe if you don’t want to. But, your readers will likely thank you later if you do include one. It creates a better experience by letting readers be more involved and immersed in your work. Where would we be without a map of Middle Earth?

I created a crude map on a piece of notebook paper, but when I passed it off to a talented graphic designer, it became this (after a few edits because of my errors). This will be published along with my novel.

Here is the original, just for comparison. Actually, this is a second version. My first version only included the realm of Dellwyn (and it wasn’t originally called that). But, you get an idea of what a rough sketch might look like. 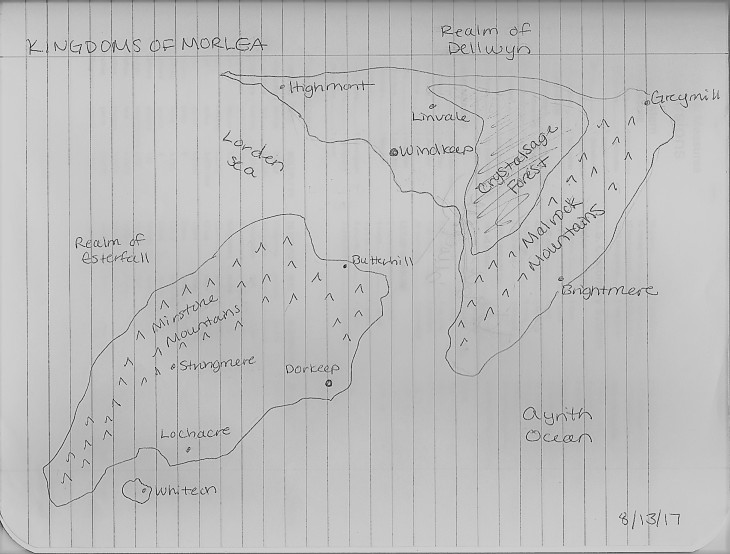 I decided on two islands/realms for my country/kingdom. It was just a random thing because I like New Zealand. But, the choice created a huge plot idea later. I chose a real place to base my map off of so that I could get a better idea of how things worked with the landscape and climate. I also picked up a book on the history of New Zealand so I can study how the cities came to be and what influenced development. I might not do this for my next map, but I wanted to get a good base for creating something realistic.

I decided to keep my city numbers between the 8-12 range, so it didn’t get too cluttered or complicated. I needed to put barriers in the way of my characters getting what they needed, so I created mountains and forests for them to traverse.

Later, I decided I needed bodies of water. Mountains have rivers that flow down from them, so I drew in rivers that followed the slope of my land.

I brainstormed things like who lived in my cities. Were they rich? Poor? Why were they rich or poor? What is their commerce like? I created bays and shoreline communities to facilitate trade and wealth for my largest cities. It is what led to a diversification of my characters and created natural factions in my world.

My initial goal with the map was just so that I could know approximately where things were and I didn’t forget later. I ended up creating precise locations and adding a scale so that I could determine the length of travel time between my cities. Let me just say; I’m glad I did this. It changed the timeline of my story dramatically, and I had to reevaluate transportation methods. 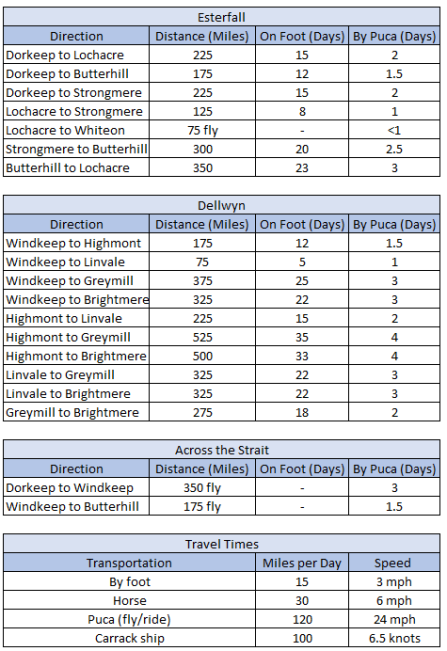 You can create a map with pen and paper, or explore other options. Cartography software does exist if you are so inclined, or you can pay a professional (which was the best choice for me).

Even if drawing isn’t your best skill and you don’t intend ever to show your map to anyone, if you have a fictional world, I highly recommend creating a map.

Have you attempted to make a map before? How did it go?