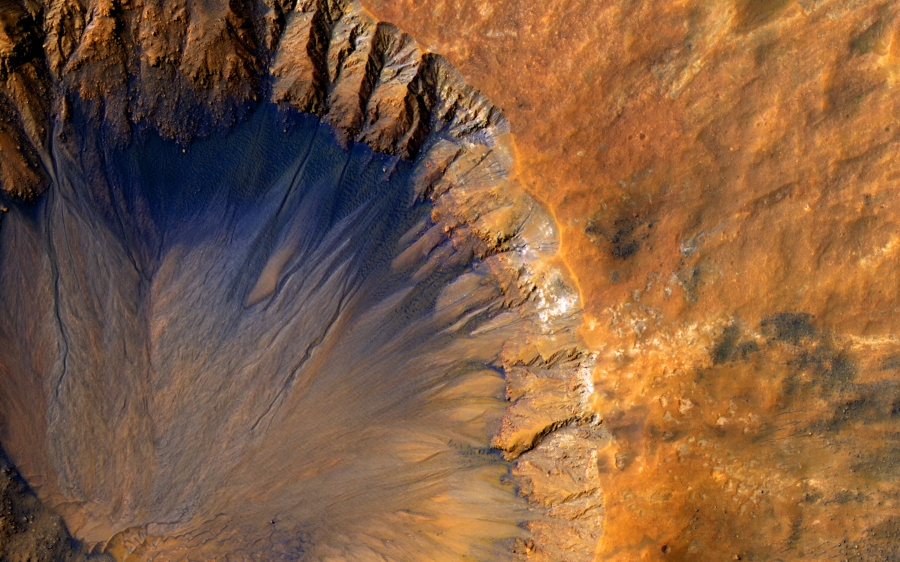 The planet had been sleeping for thousands of years. And now, it was awakening. A body stirred in it’s glass tube, a capsule to sustain life. The body opened it’s eyes.

Before he was able to panic, the fluid began to drain, and the tube lifted. He fell to the ground, his two feet struggling to gain purchase on the slippery floor, his four-fingered hands splaying out to catch himself.

He was groggy, but then memories came flooding back. His planet had nearly been destroyed. Some of them had left to find a new home. He stayed behind. The only reason he would have awoken was because they were back.

He retrieved a set of clothes and explored the rows of other life capsules. He looked again and again before he realized he had to accept that he was the only one that had survived. He looked back one more time before leaving the compound.

He found the small ship and approached it with hope. No one came to greet him. The door opened and he looked around inside for clues. A short video played on a screen as he entered. It showed a lush planet with huge creatures with teeth, tails, and wings. It seemed like a rescue, an invitation.

He looked behind him at the planet that had once been bustling with life, and now he was the last one to leave. He shut the door and the ship immediately responded, an autopilot kicking in to take him to the coordinates of what he knew would be his new home planet.

The ship began to make a jump, cutting a hole in space-time, twisting and bending it as the ship slipped through to the other side. He had a few moments before entering the next wormhole to see his familiar home galaxy, Andromeda. His destination was the Milky Way.

With every jump he felt himself die, then reanimate. The pain was so intense that his vision and thoughts both became a blinding white and his body numbed.

Then, it was over. The blue and green planet was so different than the red rock he’d come from. As he entered the atmosphere, he began to pick up signal from his people. He took over manual control of the ship and landed it in the lush landscape. It was unfamiliar. He’d never seen these big, waving green things.

Instructions appears on the panel in front of him. He followed them, retrieving a small electrical device from a compartment. It fit in his palm and was square with two small prongs. With some hesitance, he pressed the unfamiliar device to the base of his skull and gasped as his mind was flooded with information that wove itself into his memories. His eyes widened.

He now knew the history of this planet that his people had discovered. It was Earth. These were trees. The large creatures were dinosaurs. And his people were here, waiting for him.

He exited the ship and walked to the village of his people. Mixed within them were beings that looked astonishingly like himself, but with more pronounced foreheads.

He walked up to an elder, looking for an explanation. Elders were marked with a circle on their cheek, distinguishing them from others by symbolizing the cyclical existence of their people and the infinite, the immortality of the elders.

“I’m afraid I’m alone, seniorem.” The elder placed his palm on the smooth forehead of his new arrival.

“I know. I scanned the ship as you were landing. I’m sorry. But you’ll have us now.”

“This wasn’t in the files that were uploaded into my mind when I landed. What are these things?” He gestures to the unfamiliar beings.

“Have you been… mating with them?” he said in a disgusted tone.

The elder nodded, unapologetic. “Yes. I’ve seen their future.” The elder held up his four-fingered hand. “We are the missing link to make something greater than we’ve ever seen. A whole new species. We can help them and make this planet a better place.”

“Well, we’ve been making plans to build these large triangular structures, but to prepare we need many more generations of the combining of our DNA. The elders will watch over this planet and in the meantime we will search it for the ideal place and materials for our structures.”

“Then they will know we were here and what we’ve done.”

“And what are these structures?”

“They will hold our new line of elders. We’re calling them pyramids.”