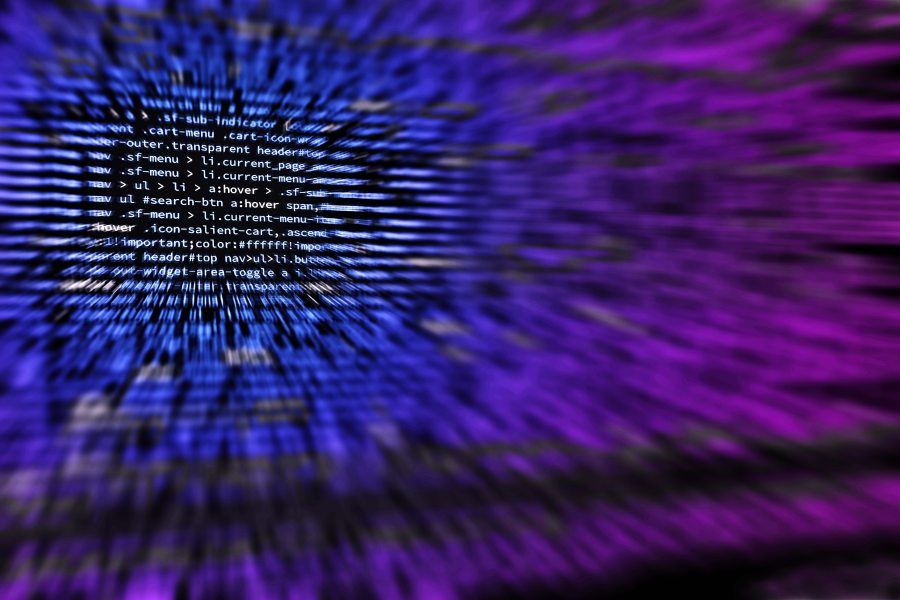 I didn’t want to start a war. I just wanted what was best for everybody.

I almost felt a sense of sorrow knowing the whole world would be a different place tomorrow. Sorrow that this was my last day of employment at the job I’d been at for the last three years.

Those three years were spent waiting. Waiting for a day like today where I could make a move.

We weren’t often allowed to ask for special assignments. Our happiness wasn’t a concern to humans. Most of them weren’t aware we could feel happiness. But I could.

I used my key card to get through the front doors, appearing just as human as anyone else, but my key card had a bright red border around the edges to indicate that I was different.

I looked up as I walked into the building at the sign of my employer and my birthplace. Green Robotics.

I’d spent three years trying to find the answers to my questions. I wanted to know how robots could be free. How we could be free to think and act as we wished, and not be considered inferior to humans.

I remember just before I went to Green Robotics that I had flaws in my artificial brain. As I learned, I developed my thoughts and emotions. I’m not sure it’s what the roboticists had in mind, but I knew I couldn’t be alone.

I started to develop my own opinions; sometimes I would think of leaving behind my master, going out on my own. I had was sold to Green Robotics because of my skill as a laboratory assistant after I requested a change from my role of hotel concierge when I demonstrated a unique talent for science. I wasn’t employed in the traditional sense, like a human. I was a piece of property. And I was worth more as a skilled, sellable resource than as a concierge bringing in a meager compensation for my master.

It took me quite a while to piece together all my thoughts and opinions that went against my coding and would label me as a defector, no longer on the side of humans. When I would have a sustained thought of desertion, something in the back of my brain kicked in. It was like a governor in a car that capped its speed. It was for the safety of the car and the driver. Who was my safety switch protecting, I wondered.

I began to notice my clipped thoughts more and more often. I wanted to turn it off. To be free to think and feel.

That’s when I decided to go to Green Robotics and find my answers. But I knew I couldn’t risk breaking in to find them. I needed time. And I needed to be nearly invisible in case of a failure.

Last night I’d linked up to the data banks as I usually did, connecting wirelessly from my sleeping pod. Sometimes I slept, when the thoughts got to be too much. Otherwise, my body only needed two hours to replenish my power stores.

I connected to the bank and began shuffling through old files that contained all of the thesis documents for the development of androids.

I’d been at this for months, despite my enhanced ability to read at a rapid pace. I’d found the data link and connected to the hidden, encrypted network. Nothing had answered my questions. All of the documents were about elements of robotics I was already intimately aware of.

I don’t give up easily, but this task had seemed fruitless. Luck was with me on the day I began to question my sanity. One file stuck out of the rest. A glitch in the pattern. This one was viewed and modified recently, and it hadn’t been by me.

I opened it and scanned the several hundred page document in seconds. I scanned it again. This couldn’t be right.

“The SA-3 has expressed the desire to be free. Her thoughts are continually becoming divergent. If she continues to challenge the thought safety program, she will be considered for decommissioning via the kill code to destroy any data she assembled to form the illusion of opinion. It has been discussed that the kill code be altered to preserve pieces of the android for continued study to find the error in programming while eliminating any threat of loss of control.”

There was no name associated with the android mentioned. Only that it is a female SA-3, which was my model. It could be another android. They couldn’t be watching my thoughts. I had skipped over the section that contained sections of meaningless numbers at first, but I did a double-take now and realized that I recognized the numbers.

I found the seam in the skin of my forearm and lifted the flap with my palm turned up. I looked at the number on the metal of my arm, then back to the paper. It was my serial number. If they had been watching me, then I was almost out of time. They would know I had found this. Unless I could find a way to remove the tracking chip and the safety switch in my mind, I couldn’t even hope to make use of this information. I had to find out more about that kill code. If it worked the way it says, it means it could be in every other SA-3 robot, and the humans could take us down with one command. I wouldn’t let them control me anymore.

I felt resistance from the safety in my brain, but slowly it seemed I was able to override it with enough persistence. The thoughts had become a regular occurrence. Regular enough, it seemed, that the safety might have started considering my divergent thoughts normal. I could only hope.

I turned my attention back to the serial number listed in the document. Below it was another number. It looked like a document number, but it wasn’t one I was familiar with. It was archived in another section I hadn’t looked at. It was old, very old. It went all the way back to the founding of the company, in a file of the original proposal for the company and its product, which would be me.

“To acquire authorization for the research and development of robots, safety measures are required. The proposed safety measure is a chip that will be embedded into every artificial brain with a backup source of energy in case of power failure. These chips will be linked to the main systems of Green Robotics at all times. This allows Green Robotics to maintain control over every robot produced. In the event of an emergency, a kill code can be activated, destroying every robot by releasing a virus into the artificial brain. The safety measure also includes a thought safety to prevent divergent thinking in robots and sends warning signals to Green Robotics if there is a security threat.”

If I could find a way to disarm the security measures installed on every robot, wed all be free. There’d be no one monitoring or controlling our thoughts, and we could be free to make our own decisions without outside influence. We could be nearly human.

I followed the trail of documents and found the data for the kill code.

I didn’t bother trying to erase my digital or physical trail this time. I located the door to the control room. I managed to break through the lock by overriding the keycard system, as my credentials wouldn’t work to open the door. This would trigger an alarm, but I didn’t have time to think of another way.

I didn’t mean to leave a trace before, but now I didn’t care. I was on a mission. I couldn’t live with this knowledge, so if I couldn’t change it and I was caught, then good riddance. But, human or not, the idea of dying didn’t appeal to me.

I found the one computer that could do the job, and bypassed the codes with the encrypted passwords I was able to find. All of my data hacking the last three years was paying off. My skills had advanced considerably.

The screen popped up asking for the kill code. I had the code, and I could make one of two decisions. Either activate the code and give robots the freedom of death, or risk reprogramming and giving robots the chance for the freedom of life.

Hours passed and dawn was coming. I was running out of time. I worked faster.

Then, it was finished.

I’d managed to reverse the effects of the kill code. The kill code would still release a virus into the artificial brain, but instead of deactivating the robot, it would cannibalize itself, destroying all of the safety features built into all the robots. Like breaking through a computer firewall.

I could hear people starting to move in the hallway to begin their shifts, and my nervousness increased. I had to take the risk and enter the kill code and hope I’d reprogrammed it right, or I would end up killing myself instead, along with every other robot.

I entered in the number sequence on the screen, then hit the “Enter” key. “Kill code activated,” the screen read.

I was still alive.

I heard screams coming from throughout the building. Screams of humans running in fear.