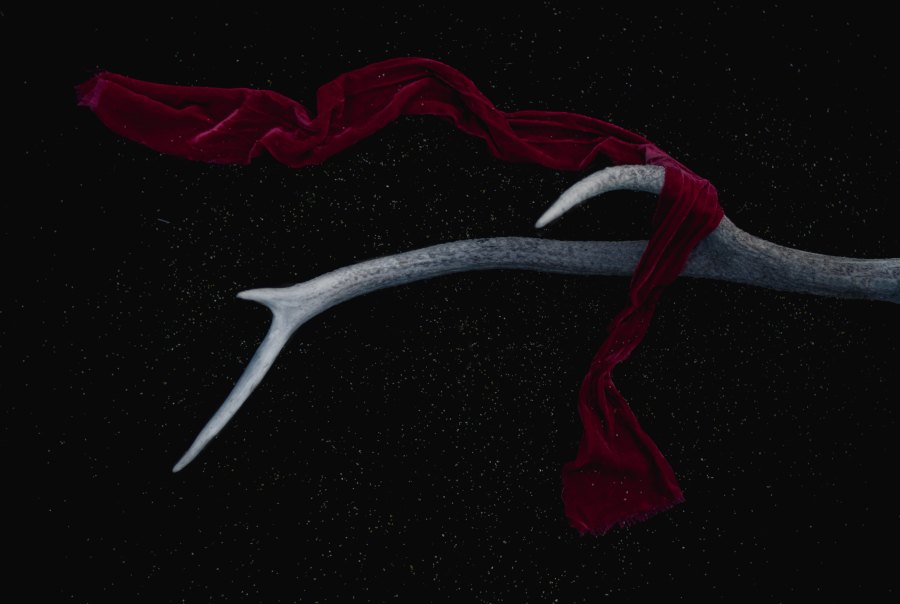 “This is dangerous, Rebecca. You have to stay on the path where it’s safe. It’s monitored so we can tell you if anything is coming.”

Brian handed me an earpiece.

“I grew up in those woods, Brian. I know my way around. And killing things is my job.”

Brian handed me a basket with a handle. “What the hell is this for? This wasn’t part of the deal,” I said.

Brian lifted the checkered towel from the basket to reveal raw meat. “It’s your bait. It’s treated with pheromones too, in case the meat isn’t enough. The wolf can’t eat the meat, but it’s still built to be drawn by the smell. If its tastes have evolved to feed on human flesh, we don’t knew of animal flesh will even attract it anymore.”

“So you don’t look conspicuous carrying an open container of bloody steaks.” He thrust the basket at me once again.

“I’m pretty sure the basket makes me more conspicuous.” I took the handle reluctantly. I set the basket aside and picked up my jacket, sliding my arms into it.

“Is the jacket necessary?” Brian asked. “We’d like you to wear something a bit more tactical to keep you safe.”

“It’s non-negotiable. And this will keep me perfectly safe. It may look flimsy, but it’s a material that’s five times as durable as Kevlar. Bullets don’t even bruise me in this thing.”

“How did you end up with something so high-tech?” he asked suspiciously.

“I have my connections.” I smiled.

“Well, it’s not exactly a color you’d wear hunting for a wolf.”

“Maybe not. But red is a great color for hunting a robotic wolf.”

The artificial wolves were created to manage the rabbit and deer populations as the number of organic wolves in the forest dwindled. It worked, a little too well. Now that the wolf had cleared the forest of animals, killing even the wolves, it started turning on anything human that went into the woods.

“You’ll be needing a weapon, then-”

“Nope,” I said, interrupting. “I have my own.” I patted the pistol strapped to my leg. “Equipped with smart bullets.”

“Those are heat-seeking, aren’t they? The wolf has some organic qualities but it is still a hunk of metal on the inside.” Brian handed me a small case of shells.
“And these are?”

“Disruptor shells. They’ll fry that wolf. It interrupts the circuitry in the artificial brain.”

I took the case and looked at him dubiously. “If these work so well, then why hasn’t anybody killed the thing yet?”

Brian sighed heavily. “No one ever sees it coming. We see it on our monitors, but it’s almost like our men don’t even try to stop it. We’ve lost many great men and women with this task. Entire teams have been sent out, and each time it ends in total catastrophe. We try new tactics and each one fails.”

“Because we’ve sent out teams that are skilled at hunting, but usually they are looking to capture, not kill. These folks don’t kill for fun. They don’t quite have the instinct.”

“Are you saying I’m wrong?” Brian asked, raising his eyebrows. “I think that your value in situation such as these has not only made you distinguished in your line of work, but has given you the rare privilege of having some of your other activities overlooked.” Brian stepped back and gave me a once-over. “When people get a look at all of you, the real you, I think some might say you like killing.”

“No one knows the real me,” I snapped. I picked up the basket and began to leave.

“Good luck out there, Rebecca.”

I turned and looked him straight in the eye. “Call me Red.”

I loaded my gun with the disruptor shells, but kept a spare clip of the smart shells, just in case.

Basket in hand, I went into the woods. The smell of it brought back all of childhood memories playing here. I hadn’t been back in a long time.

My grandma lived in these woods and I’d always gone to visit her as a child. But, my life took a route she didn’t want to see me on, and we hadn’t really talked since. I didn’t even go to grandpa’s funeral, and being here made that fact dig in a bit. Though, my mother made it seem like grandma wasn’t too broken up about his death.

Maybe I should go see her. It would mean taking a detour off the monitored path, so Brian wouldn’t be able to see me. But honestly, if being on the path hadn’t helped those before me, maybe it was time to try something else.

I ventured off the path and took the earpiece out to drown out Brian’s protests.

“I’m doing this my way,” I said into the earpiece as I pocketed it. I couldn’t have him yapping in my ear if I was going to hear the wolf before it got to me.
I moved through the forest by memory, my gun sweeping as I walked. That fucker wasn’t going to sneak up on me.

I spun as I heard running, crunching, growling. My finger was quick to the target and quicker to the trigger.

I gasped and lowered my weapon.

“Grandma! I almost shot you. I’m out here looking for this wolf – I mean, sorry. How are you?”

I nodded my head to her cabin just off in the distance. “Do you mind if we go inside and talk? I came to see you.”

She said nothing. She advanced towards me like a predator coming in for a kill.
“Grandma?” I looked at her a little closer and then took a step back. “What big eyes you have…” I trailed off, a trance overtaking me. My stance relaxed and the basket dropped to the ground. Her eyes snapped to the basket and she appeared to be sniffing the air.

I jumped back as an ax came down and lobbed off her head.

It was unlike me to flinch, even now. Something made my hackles go up and told me this situation wasn’t right. That couldn’t be my grandma. Not with those eyes.

The body fell and became the wolf, as if an illusion were fading. My head cleared, and I could see that it was my grandma that had axed the wolf’s head. It felt like it was a telepathy that gave the wolf chameleon abilities. It convinced you that you weren’t seeing the wolf. I’d used the technology before myself on jobs, and it seemed the tech had also been used in the wolf to make it the expert hunter it was.

“You won’t hurt me or my granddaughter, you bastard. Herbert already did enough damage when he was alive,” she said to the hunk of metal. “Now you’re dead and gone, just like he is. Good riddance.”

Herbert was my grandpa. I’d never heard her speak ill of him. But, I hadn’t seen her in a long time.

“Are you okay?” I asked, moving towards her.

“Yeah, I’ll be fine.” She was still looking at the wolf, her heavy frame looming over it in boots and overalls. She gave its head a swift kick, but it didn’t move the gigantic thing very far.

“Ouch!” she said a moment later, jumping back. “It zapped me!”

Then, my grandma’s eyes moved to me, and she began to advance as the wolf had, ax in hand. She lifted the ax, ready to swing at me. “Herbert,” she said, “what big eyes you have!”

I aimed my gun at the disconnected head of the wolf. I hoped these things worked.